Toyota launched an all-new Tundra full-size pickup for 2022. Running on Toyota’s new TNGA-F truck platform shared with the Lexus LX 600, the J300 Land Cruiser and the new Sequoia, the Tundra made myriad improvements that make it a legit competitor to standout trucks like the Ford F-150. And we just learned the Tundra achieved one feat no other pickup can match.

The Insurance Institute for Highway Safety (IIHS) announced that the 2022 Tundra received the organization’s highest Top Safety Pick Plus designation. The Tundra scored the highest “Good” rating on all six impact tests and seat belt reminders. It also earned the highest “Superior” rating for its front crash prevention system in vehicle-to-vehicle and daytime vehicle-to-pedestrian tests. The Tundra got the second-highest “Advanced” rating on the nighttime vehicle-to-pedestrian test, which was not required.

Per the IIHS, this was a “substantial improvement” over the previous-generation Tundra, which had marginal and poor ratings for the side overlap tests on both the driver’s and passenger sides and marginal headlights.

See also  The Best Truck Bed Toolboxes You Can Buy

Toyota is making a massive push for safety. And the Tundra is the ninth Toyota vehicle to earn a Top Safety Pick Plus designation this year. The others include the Corolla hatchback and sedan, the Corolla Cross, the GR86 sports coupe, the Camry, the RAV4 Prime, the Highlander and the Sienna. Four other Toyota cars — the Avalon, the C-HR, the RAV4 and the Venza — were Top Safety Picks. 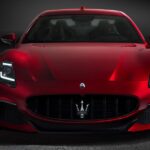