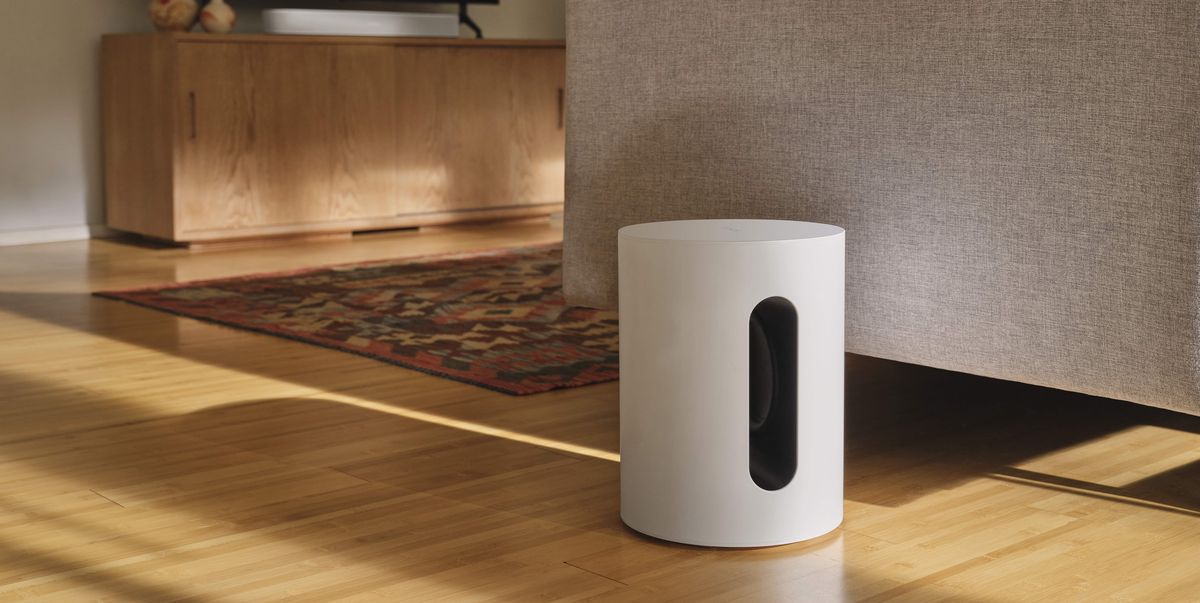 After months of being heavily leaked, Sonos has officially announced its miniature wireless subwoofer. The all-new Sub Mini is essentially a smaller and more affordable version of Sonos’s current Sub (which was last updated in May 2020). It costs $429 and weighs 14 pounds, while the larger Sub costs $749 and weighs just over 36 pounds.

Just like the Sub, the Sub Mini is designed to work seamlessly with the existing Sonos speakers and soundbars in your home. And, of course, it’ll add more bass. You plug it in, open the Sonos app and group with the other Sonos speakers you already have.

The Sub Mini has a similar design — with dual force-cancelling woofers and Class-D digital amplifiers — to its larger sibling. According to the Sonos, this allows the Sub Mini to generate “deep, dynamic low end with no buzz or rattle.” It is different, however, in that it has a sealed rather than ported design. It also has a cylindrical shape, rather than being rectangular (with flat-edges) like the Sub, so the Sub Mini needs to stand vertically and can’t rest on its sides.

When connected, the Sub Mini will handle the low-frequencies which in turn allows the other Sonos speakers in your system to handle the mid- and high-frequencies. It supports TruePlay, which allows the Sub mini to adjust its sound — depending on the walls and furniture that are already it — so that it sounds best. You can also manually adjust its loudness and the amount of bass it puts out via the Sonos app.

See also  How to Factory Reset Your Sonos Speakers

In fact, you can only add one Sub Mini to any Sonos speaker system. On the flip side, for those who want the thumpiest bass in their home theater system, you add two of its larger Subs to a Sonos system with an Arc.

The Sonos Sub Mini will be available in matte black or white finishes. It is available for preorder now and will hit stores globally on October 6.