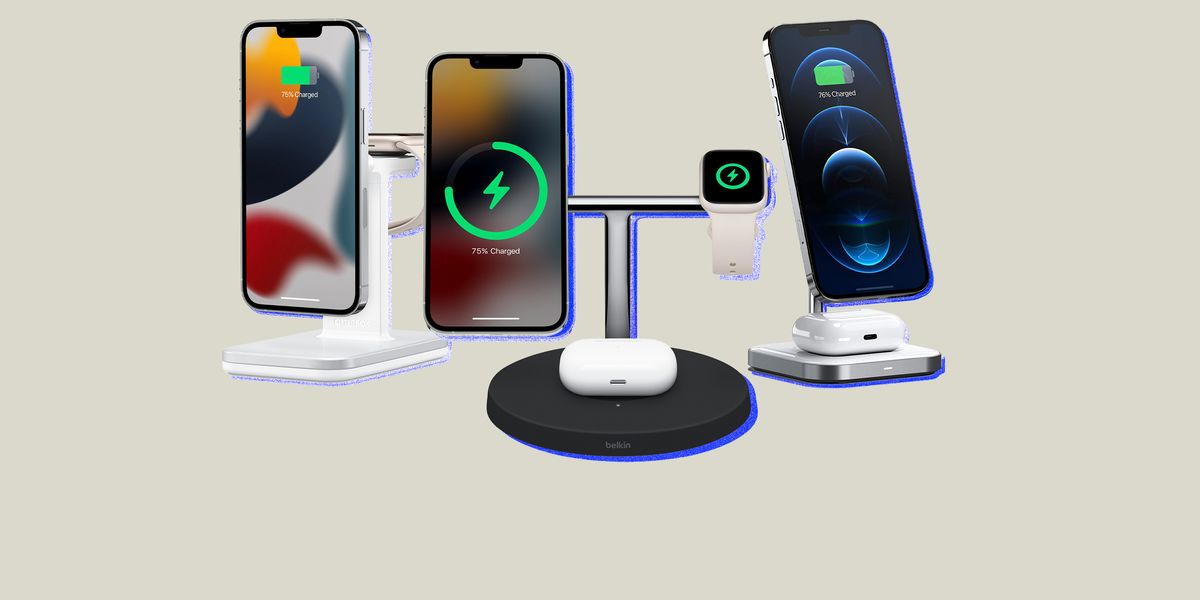 Every iPhone 12, iPhone 13 and iPhone 14 model supports MagSafe. This allows them to be compatible with an ecosystem of magnetic accessories, but more importantly, it allows them to wirelessly charge better and faster.

A true MagSafe charger can charge an iPhone 12, iPhone 13 or iPhone 14 at 15 watts, which is twice as fast as the 7.5 watts that any iPhone can charge when using a Qi-wireless charger. The only catch is that the new “mini” iPhones, which support MagSafe, can only charge at a max of 12 watts over MagSafe (which is still much faster than over standard Qi).

There are a few true MagSafe wireless chargers available right now. A lot of third-party chargers aren’t true MagSafe chargers because, while they can magnetically hold and charge your iPhone, they aren’t approved by Apple and so will only charge it at 7.5-watts and not the faster 15-watt charging speeds.

So before buying one, make sure you know exactly what you’re getting.

Belkin Boost Up Charge Pro 2-in-1

HyperJuice 4-in-1 Wireless Charger With MagSafe

OtterBox 2-in-1 Charging Stand with MagSafe

Wireless Chargers That Do Not Fully Support MagSafe

The following wireless chargers have built-in magnetics that hold and charge your iPhone 12 or iPhone 13. However, they have not been approved and certified by Apple and therefore don’t support MagSafe’s fast charging. This means that they max out at 7.5 watts instead of the 15 watts that MagSafe promises.

See also  How to Fast Charge Your New Apple Watch

Portable Chargers and Other Accessories

We’ve rounded up the best portable power banks and other accessories that work with MagSafe (yet don’t support 15-watts of fast charging).

The Best MagSafe Car Mounts for Your iPhone

We’ve rounded up all the best car mounts that will magnetically hold your iPhone 12/13 in place while you drive.

The Best Wall Adapters for Your MagSafe Charger

The iPhone 12, iPhone 13 and iPhone 14 ship with a USB-C-to-Lightning charging cable and no wall adapter. Here are the best cheap wall adapters to fast-charge your new iPhone.