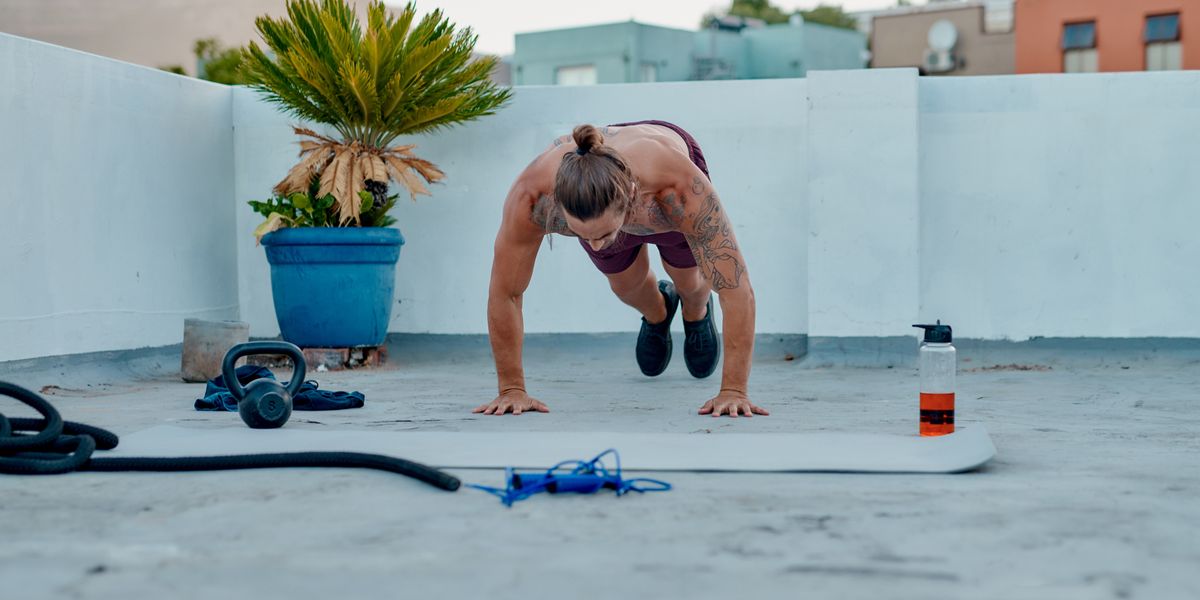 As much as fitness can be enjoyable, there are some movements and exercises you just hate to see in a program, either because they’re difficult or because they’re intimidating. Some might dread barbell squats or running, but anyone that’s taken a HIIT class before has another hated movement — burpees.

This calorie-burning, full-body exercise can be an efficient bodyweight addition to your training. Originally designed as a physical fitness assessment, today’s burpees have ramped up the intensity to really tax your heart rate and involve more muscle groups in one fell swoop. But why, then, do many groan when they’re tasked with completing this effective modality? Well, they’ve probably never been taught how to do one correctly.

We spoke with Beachbody Super Trainer and LIIFT4 creator Joel Freeman to give you a step-by-step guide to this misunderstood movement, along with some tips to mastering your form, how you can modify the exercise for your needs and more.

How to Do a Burpee

From the outside looking in, a burpee can look like a complicated exercise with a lot of moving parts. In reality, though, you can break the modality down into four simple parts: a squat, a plank, a return and a stand.

Sometimes, people will add a push-up and jump into the mix for even more of an intense experience. “Some people tend to bring their chest all the way down into a push-up position,” says Freeman. “If you’re doing that, then you actually want to have your hands wider when your hands hit the ground. That allows you to push up; it saves your shoulders as well.” Freeman also notes that to add a jump to the end, simply accelerate upward from the second squat position to add a little bit of impact.

Burpees can be an effective exercise, targeting multiple muscle groups for a higher caloric burn and heightened sense of exertion.
See also  The Best Power Racks for Beefing up Your At-Home Workouts

The Benefits of Burpees

Because of all the moving parts, the burpee is a great low-impact, full-body exercise. According to Freeman, this equates to a higher caloric burn and a heightened sense of exertion. “When you’re using more muscles, you feel like you’re working harder, right? That’s why people like it so much, because you feel like you’re burning out your entire body in one movement.”

So, with all these perks and benefits built into the burpee, why is it looked at in a negative light? Well, Freeman notes that the disdain for burpees often stems from two factors — improper form and a misguided focus on intensity. To keep your workouts progressing properly, and keep you safe in your training, he recommends nailing down the basics before ramping up to CrossFit Games athleticism.

How to Master Your Burpee Form

When you’re getting ready to complete your first burpee, you don’t need to move at breakneck speeds. “Form and pace are always going to be the first things that I talk about with people, slowing it down,” says Freeman. “Make sure that you’re doing it in the most effective and safest way possible.”

A lot of the hiccups Freeman sees begin at the initial squat, which is why he recommends starting with your feet wider than a normal stance. “When people go so narrow, their heels come off the ground and all that weight, all that pressure, goes into the knees,” he says. This can lead to injuries, which is why nailing down your form from the start is key.

Taking your time and perfecting each step can go a long way in making burpees a more enjoyable, worthwhile training experience.
See also  The Best Home Gym Machines of 2022

Outside of the squat, Freeman also notes that you want to listen to your body and get a good sense of where you should feel the exertion in each step. Going slower at first can help you identify these checkmarks easier, and in time, your muscle memory and flexibility should develop so you’re able to complete the movement without hesitation.

Still not comfortable with the burpee process? Don’t fret. Freeman adds that you can simply practice each step individually before combining them all for the multi-compounded movement.

Like any exercise, it can be helpful to mix up intensities from time to time. To change up the pace with your training, Freeman recommends using RPE as a gauge. “Perceived exertion is something that I think should be talked about more in terms of how you’re feeling and knowing and learning that point of pushing yourself to a limit where you feel like you’re really getting a great workout,” he says, “but you’re not pushing past that threshold where you could get into certain injuries.”

Think about where you plan to do your burpees within your training session. Make sure you’re properly warmed up and still have some juice left in the tank, considering how much you want out of the exercise at that particular moment.

You can also change up some of the burpee steps to better suit your needs. Instead of a push-up, simply stay in a high plank position. Or, rather than adding the impactful jump at the end, just slowly return to a standing position.

Freeman, for example, implements a burpee modification in his LIIFT4 program that gives the movement more emphasis on the lower body for a different training sensation. Dubbed, “The Catcher,” for its similarity to the baseball position, instead of standing at the end, you remain in the second squat and perform the kickback from this seated position. “Your legs are loaded more than a regular burpee, in terms of time under tension,” Freeman notes.

Burpees don’t need to be this fear-inducing exercise that makes you cringe at hitting the gym or logging into your on-demand workouts. Taking the time to perfect the movements and understanding how your body should feel can go a long way in getting you up to speed. Don’t let the exercise intimidate you. With a little practice, burpees can be a real kick — and squat, and plank and jump.

September 24, 2022
The Best Foam Rollers for Rolling Into Improved Recovery 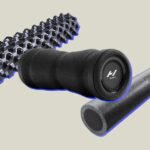 The Best Foam Rollers for Rolling Into Improved Recovery