Keurig’s single-serve coffee machines and single-use K-Cup pods have revolutionized home (and workplace) coffee consumption, making the idea of brewing a single cup of Joe ubiquitous. But while Keurigs have forever been lauded for their convenience, they’ve also been criticized as wasteful. It wasn’t until the end of 2020 when all K-Cups finally became 100 percent recyclable, and even still, several steps are required of the consumer to properly dispose of the beverage-making pods.

Now, a new Swiss company is looking to solve the problem of single-use coffee makers’ inherent wastefulness with a new system that does away with the pods altogether. It’s called CoffeeB — an endeavor from European supermarket chain Migros — and instead of plastic or aluminum pods, the brand makes use of pressed coffee balls.

The balls are produced by pressing finely ground coffee into a sphere and then coating it with a protective layer made from 100 percent raw vegetable-based material, locking in its freshness and aroma. The resulting product is 100 percent compostable, with no packaging waste to worry about.

In order to brew one of these coffee balls, you can’t just toss them in your Keurig — you’ll need CoffeeB’s Globe coffee machine. The machine’s patented brewing system works by first wetting the ball to soften it, then puncturing it and inflating it with water before finally extracting the coffee at a pressure rate of 7 to 12 bar. The coffee used by CoffeeB, it’s worth mentioning, is also sustainable, with all current offerings boasting certification from either the Rainforest Alliance, the Fairtrade label or the EU’s organic seal.

According to CoffeeB, 70 percent of coffee capsules and pods are thrown away, adding up to over 100,000 tons of waste produced every year. With zero aluminum or plastic making its way to consumers in their coffee balls — they’re packaged in recyclable cardboard — CoffeeB is hoping their product leads to a zero-waste lifestyle.

The CoffeeB Globe machine is priced at CHF 149 (~$155), with coffee balls starting at around five bucks for a pack of nine. For the time being, CoffeeB’s products are limited to Switzerland and France only, but here’s hoping the brand soon brings its sustainable ways to the rest of the world.

This Geeky Coffee Tool Can Help You Brew Better Coffee 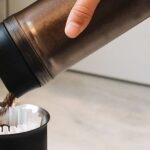 This Geeky Coffee Tool Can Help You Brew Better Coffee

October 1, 2022
Paraphernalia Paradox: How the Best Weed Gear Became So Hard to Get 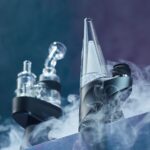 Paraphernalia Paradox: How the Best Weed Gear Became So Hard to Get