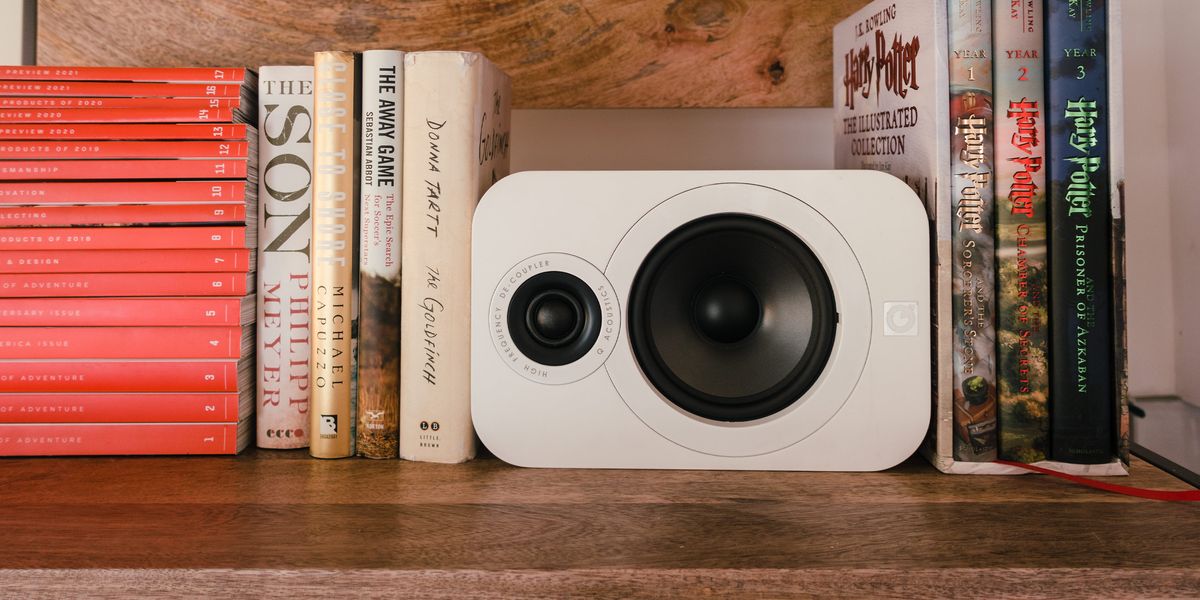 Most bookshelf speakers are designed stand to stand vertically, with their tweeter positioned directly above their woofer. However, it’s not uncommon to see speakers flipped over on their sides — a trend among sound engineers and on social media that looks great and saves room in tight spaces, such as a recording studio or a cluttered bookshelf.

But will placing speakers horizontally impact their sound quality? The answer isn’t as cut and dry as you might think.

“Most speakers are set up with a tweeter on top of the mid-woofer because that’s the way the engineer designed the speaker for the best sound dispersion,” said Phillips Jones, the Director of Global Brand Activation at Sound United. “For speakers designed with the tweeter on top, it’s a better way of spreading the high frequencies in the room.”

“It might not sound bad, but the speakers will not sound how the engineers intended.”

Sound dispersion, in a nutshell, is how sound from the speaker fills the room. In a traditional two-way speaker that uses a combination of a tweeter and a woofer, the two drivers work in tandem to evenly fire sound outward. The tweeter handles the high frequencies, while the woofer (sometimes called a mid-woofer) handles the low and midrange frequencies; the two sounds come together to create a sound dispersion that hopefully balanced and truthful to music.

The Wharfedale EVO4.2 is our pick for the best all-around bookshelf speakers under $1,000. 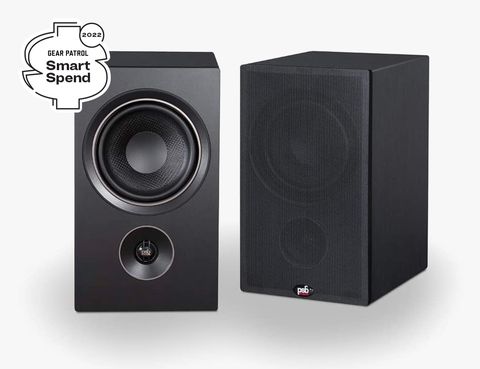 The PSB Alpha P5 is our pick for the best pair of bookshelf speakers under $500. 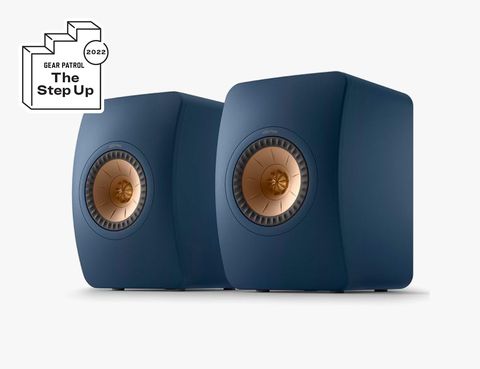 The KEF LS50 Meta is one of the best bookshelf speakers you can buy. If you can afford them, we highly recommend them.

By flipping your bookshelf speakers on their sides, Jones explained, you disrupt the speaker’s natural sound dispersion. “It will change how the sound resonates off the walls and shelves, which may impact the sound quality,” he said. “It might not sound bad, but the speakers will not sound how the engineers intended.”

If you are to notice a difference in the sound quality, Jones said that it will most likely impact the high-frequencies more-so than the lower frequencies.

However, other audio experts don’t exactly agree. In fact, many don’t believe positioning your bookshelf speakers on their sides is a bad thing at all.

“Unless you’re a serious high-end audiophile … you can place speakers pretty much anyway and anywhere you want.”

“Performance is not affected by placing the loudspeaker on its side,” said Sean Torenli, a digital marketing manager at KEF. When asked if it affects the stereo sound of you bookshelf pair, Torenli doubled down: “It does not.”

Brady Bargenquast, cofounder of Audioengine, is on the same side. “Unless you’re a serious high-end audiophile and sitting in one spot to listen to music, you can place speakers pretty much anyway and anywhere you want — including upside down,” Bargenquast said. “These days most people want to listen to their music while they’re moving around so there isn’t any right or wrong [way]. The bottom line is feel free to experiment.”

If you do choose to rest your bookshelf speakers on their sides, one thing we can recommend: isolation pads, like these simple foam stands or the more expensive IsoAcoustics Iso-Pucks.

Most bookshelf speakers have feet on their bottom to dampen vibrations and, ultimately, distortion. When placed horizontally, there’s more chance for them to pick up unwanted vibrations, thus impacting the overall sound quality. 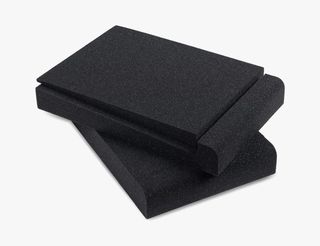 These isolation pads are an affordable solution. Their high-density foam soaks up vibrations and ensures that your speakers will have the best chance of sounding their best. 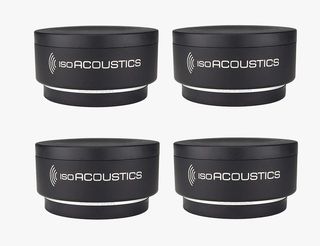 These isolation pucks sit under your speakers to soak up vibrations. You can space them out however you see fit, which is convenient for bookshelf speakers that are positioned horizontally.