BMW, like almost every car manufacturer out there, is launching new electric vehicles these days, such as the i4 sedan and iX crossover. Those vehicles employ a hybrid architecture. BMW will unveil its new Neue Klasse dedicated EV architecture in 2025. And the company just announced details about its new battery packs for those vehicles that could resolve many issues with battery electric vehicles.

The new BMW packs coming in 2025 will use round battery cells that will provide a dramatic upgrade. BMW claims the cells will be 20% more energy dense than the ones they use currently. And they will improve both range and charging speed by 30%.

BMW told Autocar the next-gen batteries would push the maximum range of their EVs to around 620 miles, which would probably be more like 550 miles in EPA testing. That isn’t an engineering limitation; BMW doesn’t think customers will want or need anything beyond that. More efficient battery packs could also keep the same range and get smaller and lighter — a benefit for tomorrow’s electric BMW sports cars.

See also  The Volvo EX90: Everything You Need to Know

BMW also notes they will build the batteries at six facilities globally. Two of the facilities will be in the USMCA (United States, Mexico, Canada) free trade agreement zone, which should help BMW EVs remain eligible for federal EV tax credits — though cost caps at the present level may still be an issue.

We may see companies like Toyota debut solid-state batteries around the same time in 2025, which could potentially be more game-changing. But it could take far longer for solid-state batteries to appear in mass-market vehicles that mere mortals can afford. BMW’s batteries will be going in real cars you can buy a few years from now. 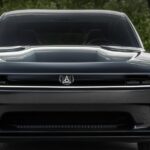 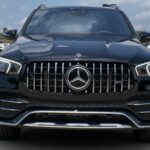