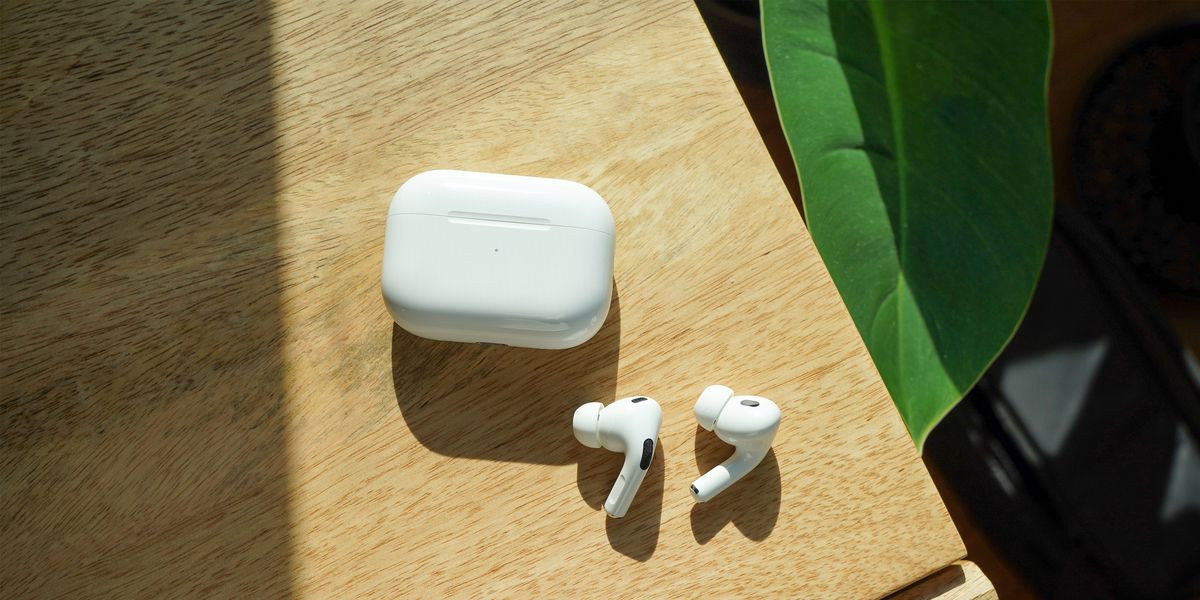 It’s been nearly three years since Apple released its original AirPods Pro — and, even though there have been a lot of new (and excellent) wireless earbuds introduced since then, they’ve continued to be my go-to pair of wireless earbuds. They sound pretty darn good and have solid active noise-cancellation. They work beautifully with all my Apple devices. And, most important, they just fit my ears really well.

But that’s now going to change. Out with the old and in with the new. I’ve been testing the AirPods Pro 2 for the last several weeks and, while it’s true that they are very similar to the first-generation models, they’re far superior in a number of key ways.

Probably the biggest improvement with the new AirPods Pro — and the main reason to upgrade — is their new active noise-cancellation and transparency skills. They have been significantly improved.

The secret to the new skills that the new Pros have been decked out with Apple’s new H2 chip. In addition to helping out with basically everything (including sound quality) the new chip is able help the new Pros deliver twice as good noise-cancellation and a new adaptive transparency mode that can automatically and quickly block out really loud noises; so when your in transparency mode and a loud bang happens (like a motorcycle screams by or firework goes off near you), the new Pros will block a lot of that loudness out.

Again, if you test the new AirPods Pro side by side with the old ones, you’ll notice the differences in these modes right away. The noise-cancellation is beefy. I spent most of my time testing on vacation on a beach and it did a heck of a job at canceling out the sounds of the waves and my family members who were trying (and failing) to talk to me while under the umbrella. It’s on par with the abilities of the Sony WF-1000XM4.

As far as the new transparency skills, it should come as no surprise that it’s pretty amazing. Apple is leaps ahead of other headphone and earbud makers in terms of transparency and, while wearing the new AirPods Pro, you can have a conversation with somebody and forget you’re wearing any earbuds. The transparency mode is almost as good as it is on Apple’s over-ear headphones, the AirPods Max, which is comically good.

(Note: If you’re interested in seeing the noise-cancellation or adaptive transparency modes work in action, the new AirPods Pro actually have a neat trick that’s enabled by the H2 chip. You can open the Noise app on your Apple Watch while standing in a noisy environment and, while toggling between noise-canceling and transparency modes, you can see in real time the difference in decibels that the modes make. It’s quite impressive.)

I had the volume on my TV blasting and the new AirPods Pro 2 in my ears. This is with noise-cancellation turned off.

And this is with noise-cancellation turned on.

Not everybody is going to have the advantage of testing the new AirPods Pro and the original AirPods Pro side by side, but if you do I promise that you’ll notice the difference in sound quality right away. The original AirPods Pro sound good, but the new models just up the ante. They deliver deeper bass, clearer midrange and just an overall sound that is brighter and more vibrant. When listening to “Ophelia” by The Lumineers, for example, the drums, piano and vocals all sound layered, different and more alive. It’s wonderful.

Apple didn’t just use some computational technique to make the AirPods Pro sound better (although, they do have some neat new tricks in that department), but they gave them a new low-distortion driver paired with a custom amplifier. The company claims that, compared to the original Pros, the new earbuds deliver “richer bass and crystal-clear sound across a wider range of frequencies.” And as far as I can tell, they absolutely do.

The other sound improvement in the new AirPods Pro is that they support a new-and-improved kind of Spatial Audio, which Apple’s immersive audio technology, and it’s called Personalized Spatial Audio. It’s enabled by the H2 chip and works with your iPhone’s TrueDepth front-facing camera to get a 3D scan of your ears. Effectively, it delivers a similar Spatial Audio experience as with Apple’s original AirPods Pro, AirPods 3 and AirPods Max — so you can hear sounds coming all around you rather then just your left and right as is with stereo — but one that’s specifically tailored to the size and shape of your ears.

See also  6 Cool New Gadgets to Keep on Your Radar

You can finally adjust the volume on the actual earbuds.

I wasn’t expecting to like this as much as I did, admittedly, because I typically don’t like to touch or interact with any wireless earbuds when they are in my ears. There’s too much chance that I’m gonna knock them out, stop my music and then struggle to get that nice fit again. But the new AirPods Pro are Apple’s first wireless earbuds to ever have on-earbud volume controls. This is a feature I think a lot of people have been waiting for. And it’s effortlessly easy to work.

You’ll be happy to know that it’s been nearly two weeks and I have yet to dislodge an AirPods Pro from my ear while adjusting the volume.

How else are the AirPods Pro 2 different from the original AirPods Pro?

There are a bunch of other little things about the new AirPods Pro that, while probably won’t be the reason why you upgrade, are nice quality of life improvements.

• The new AirPods Pro come with four eartips instead of three; there’s a new “extra small” eartip for those who need it.

• You can use your Apple Watch puck to charge the new AirPods Pro (as well as any MagSafe or Qi-compatible wireless charger), which is a first for any AirPods.

• The charging case has a built-in speaker for the first time, which is designed to play a sound and easier locate it if it gets stuck in a pillow or something (you trigger the sound through the Find My app).

See also  2022 Acura MDX Type S Review: The Most Fun You Can Have in a 3-Row Family SUV

• And the new AirPods Pro have a pretty substantial bump in battery life; each wireless earbud has six hours of life with noise-canceling turned on, which is an extra 90 minutes over the previous-generation models.

Is there an easy way to tell the difference between the new and old AirPods Pro?

Yes. There are two.

The simplest way is by looking at the charging case. They are basically identical, but the new AirPods Pro have little speaker holes on their bottom next to the Lightning jack. They also have a little indentation in the right side of the case, which is actually a spot where you can attach a lanyard or other accessory to make the AirPods Pro easier to carry; Apple sells a few of these accessories, but you expect other third-party manufacturers to make them as well.

Note: Apple no longer sells the first-generation AirPods Pro, so if you’re buying from them you know you’re getting the latest model. If you’re shopping on Amazon or another third-party seller, you want to make sure it says “2nd Generation.”

The Verdict: Should you upgrade?

The new AirPods Pro are better than the old Pros in pretty much every way. That said, they are also very similar in terms of shape, fit and features. At $249, they are also the same price (although the old models were frequently on sale over the last year). If you have an iPhone and you’re looking for new wireless earbuds, the new AirPods Pro are basically as good as it gets — they’re fantastic. But if you have the old AirPods Pro and they’re working just fine, I recommend sticking with those until you can get a good deal on the new models. The old AirPods Pro are, after-all, still one of my favorites.