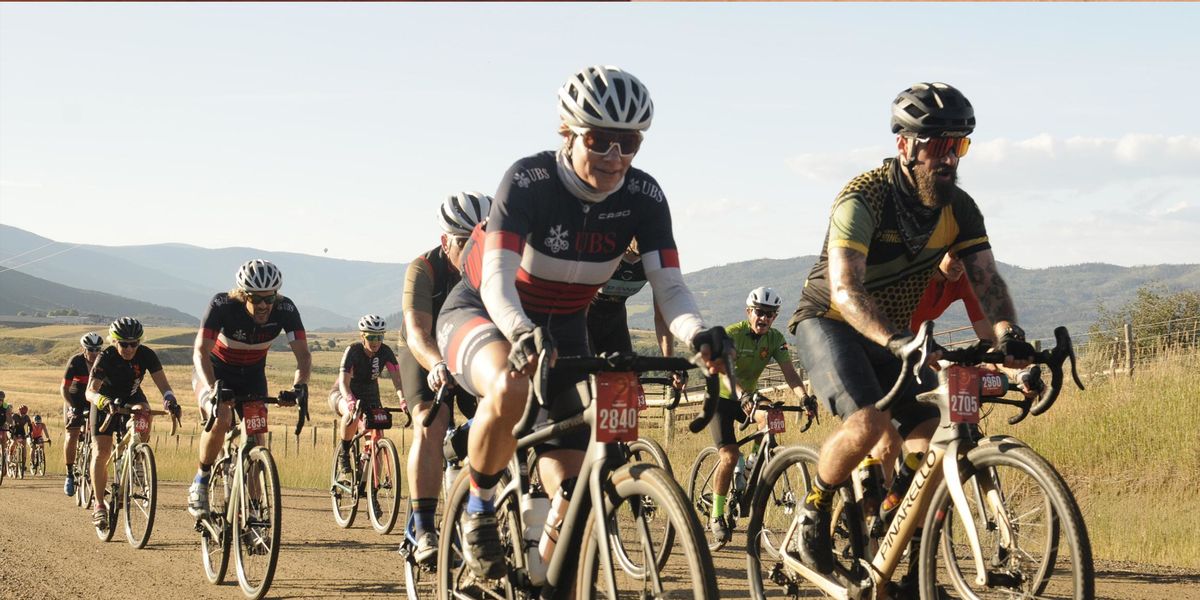 That’s how I first described gravel biking more than two years ago. I’d just gotten a crush while test-riding Evil’s semi-controversial Chamois Hagar and getting my ass kicked by a bunch of gravel-heads in Arizona.

Since then, I’ve developed a genuine love for going unreasonably fast over rocks and dirt — and for the unpretentious people whose passion sustains the sport. The blend of velocity, technicality, community and, well, pure joy is pretty tough to beat.

The affair crescendoed last month when I rode my first race, SBT GRVL in Steamboat, Colorado. While it went better than I could have hoped, I still learned a bunch of essential lessons that could come in handy if you’re thinking about trying one yourself this fall. Here are five biggies.

While I ended up in Steamboat Springs for largely work-related reasons — a proper test of the Pinarello Grevil F Ekar and other new gear — I’ve had my eyes on this race for a while. I first heard about it on that Arizona gravel ride from founder Amy Charity, a legendary racer in her own right.

I got more excited when I interviewed her and Marcus Robinson, another renowned racer and founder of Ride for Racial Justice, for a story on awesome efforts to diversify cycling. The race and RFRJ were teaming up to give BIPOC cyclists the opportunity to race gravel, a partnership that grows stronger every day.

Most kudos about the frisky up-and-comer (2022 was only its third in-person race, drawing 3,000 participants) stress what an amazing, inclusive experience it is for the riders themselves — and that proved totally true. There’s a big expo in downtown Steamboat, loads of sponsor support, a range of distances (from 37 to 142 miles), a variety of divisions, free food and beer at the finish and aid stations — including the one shown above, which was near the end and included whiskey fired straight down your throat — that are plentiful and fantastic.

Of course, there are lots of great races across the country; gravelcyclist.com lists a ton of them. Find one with a similarly welcoming vibe — plus a distance and amount of climbing that doesn’t make you hurl — and you’ll instantly up your chances for a fast, fun and safe day on the bike.

2. Sort Out Your Bike… and How to Travel With It

I was lucky enough to be testing a premium race bike, but you don’t need to spend a fortune to get a gravel-ready ride. Gear Patrol has reviewed a bunch of different bikes, ranging in price from $550 to $8,000, and while the high-end ones certainly do tend to offer some top-notch features — lightweight carbon frames, dropper posts, wireless shifting — we’ve found that all you really need to feel comfortable on gravel are fatter tires (32mm at minimum), a wide-ranging (ideally 1x) drivetrain and reliable disc brakes. Check out GP’s own gravel bike guide for 10 compelling rides, including $900, $1,999 and $2,299 options.

Then you’ve just got to get your bike to the race. If it’s local or at least drive-able and you have a good rack, that’s probably not much of a concern. If you’re flying it’s a bit more of a headache, but we have some good news. In the past few years, many airlines have dropped their bike-flying rates, often to as low as what they charge to check ordinary luggage. Alaskan, American and Delta are some of the friendliest, but seektravelride.com hosts a pretty comprehensive breakdown of different airlines’ policies.

When it comes to actually packing up your bike, we love what BikeFlights is doing, enabling you to box up your bike for just over $100. Flying to Steamboat, however, I got a chance to try Thule’s Roundtrip Travel Case ($1000). Yes, it’s pricy. But in addition to an instructional video that’s just incredibly soothing to watch, the Roundtrip is simple to use and travel with. The case has a place for every part, protective padding, smooth-rolling wheels and, best of all, a tripod bike stand — you can see the top of it in the photo above — that eases the disassembling and assembling process. Hey if I can do it, you can too.

Above is a nice top-down shot of most of my SBT GRVL kit, plus snacks. The good news is that a lot of what you rock as a road cyclist can pretty easily carry over here. I’d just like to call out a few items I really love.

Not only protective but airy and light, with 18 vents and a weight of 9.9 ounces. It’s also up to 54% off right now, depending on color and size.

The Levitate PRO Chamois pad is as comfy as they come, while thigh pockets and a rear pouch keep essentials in easy reach.

These stylish 2-bolt kicks are light, easy to adjust and efficient as hell — thanks to a carbon composite sole. They’re also up to 31 percent off right now.

I relied on Honey Stinger’s hydration mixes, gels and chews in training and on the course. But this 160-calorie stroopwafel is a pre-race delight.

Not even sure they make mine anymore, but this one is pretty similar. I never leave home without some hex-ability.

Load the course up (most races offer it) and the Bolt’s perfect for navigating, recording … and previewing climbs.

4. Bring a Friend… or Make One

Look, if you’re out there trying to win, I get it, and good luck. But for the vast majority of us, a gravel race is not only about challenging ourselves to take on all long distances, punishing climbs and tricky descents, but also about being part of the larger community of gravel. In some ways, the vibe reminds me of the dirtbag snowboard crew I used to dive into the trees with, where it’s all about a love of speed, adventure, close scrapes, big smiles and beer that’s so much more delicious when after a day spent sweating outdoors.

About halfway through the race — at a point when my music had cut out because we were way the fuck out in the country and should have been enjoying the cows and horses and hills and sunshine rather than listening to Wolfmother anyway — I ran into Selena Feliciano, one of the rad RFRJ riders I had met the day before. She’s from Oakland, she’s part of a bicycle-touring performance troupe called Agile Rascal Theatre and she’s super cool.

We decided to ride the rest of the last 30 miles or so together. There were some tough climbs that were made easier when she wisely said, “I’m gonna just not talk for a bit” and we focused on breathing and spinning. But it was also quite fun to have someone to B.S. with while making yet more friends along the way as we picked our way through the ups and downs — and shared the sheer exhilaration of ripping through a seemingly endless, just-rocky-enough descent called Cow Creek. Good times.

The race went better than I could have hoped. A lot of that had to do with overestimating how much shifting from New York City’s 33 feet of elevation to Steamboat’s 6,900 feet would affect me (surprisingly, not much) and the technicality of the terrain (turns out they call it Gucci gravel). I also underestimated both myself and the insanely capable Pinarello Grevil.

I chose the 60-mile course but in retrospect, I probably could have powered through the 100 — which would have involved surviving a gnarly freak rainstorm. Next year, I kinda wanna come back and try the 142. But delusions of grandeur aside, there were still a few tough moments — where the road ahead looked so long.

At those times, I took a deep breath of fresh air, soaked up the scenery around me and remembered my long-distance riding mantra, which so far has never failed: Just keep pedaling. Because unlike, say, a marathon, where your running technique can be wrecked by exhaustion, you will make progress on a bike if you just keep the wheels turning, however slowly.

And if you are climbing a steep hill and run out of gears, take a tip from a much better rider than me, the aforementioned Marcus Robinson. His advice is to shift mental gears. Just say “click-click” out loud — and mash those pedals till you get to the top.

The Best Trekking Poles and How to Use Them 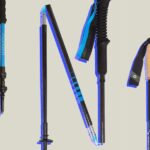 The Best Trekking Poles and How to Use Them